CrewLounge PILOTLOG grabs the OOOI (OUT, OFF, ON, IN) hours from the ACARS display.  Press the ACARS button on the Flight Add/Edit page in the (iOS) mobile app.  No internet required, this feature works on-device.

The ACARS data capture feature is available in all plans of CrewLounge PILOTLOG, also in the free Student Edition.

OCR is never 100% failproof. The success rate depends on several factors, such as;

If you experience reading errors, please contact the Helpdesk with a copy of the image!

How to make a picture?

There is no need to capture the "screen only". It's fine to grab a few buttons from CDU keyboard, as you can see in the images below. Some cameras can't focus if you get too close, so it's actually better to keep some distance and get a sharp image.

However, the fewer buttons around the display, the greater the chance of a successful reading. If your camera cannot focus up close, use the 'Document scanner' function.

The built-in document scanner will automatically detect and grab the CDU screen, as shown here: 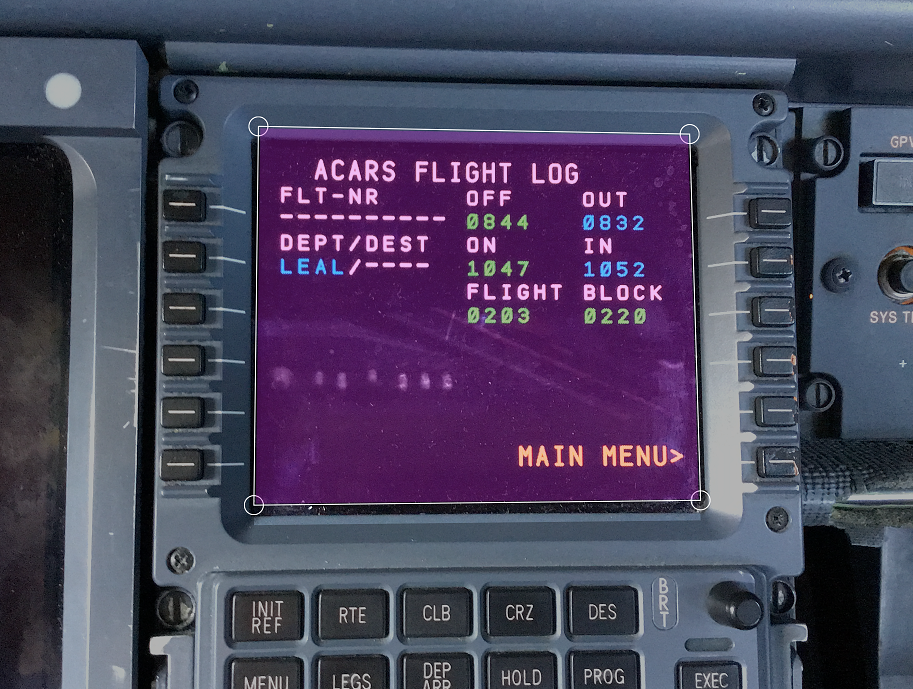 There is just 1 important key point:  You must align the camera with the top of the display! 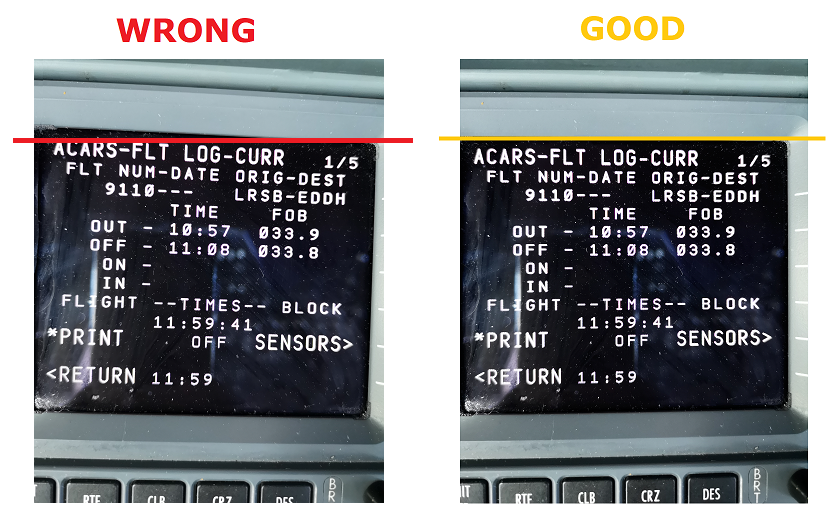 When you press the Insert Data button:

We currently support 60 different ACARS and AVIONICS systems. Here is an overview:

If your ACARS type is not supported, send us some pictures and we'll try to add it.  Here are a few images: 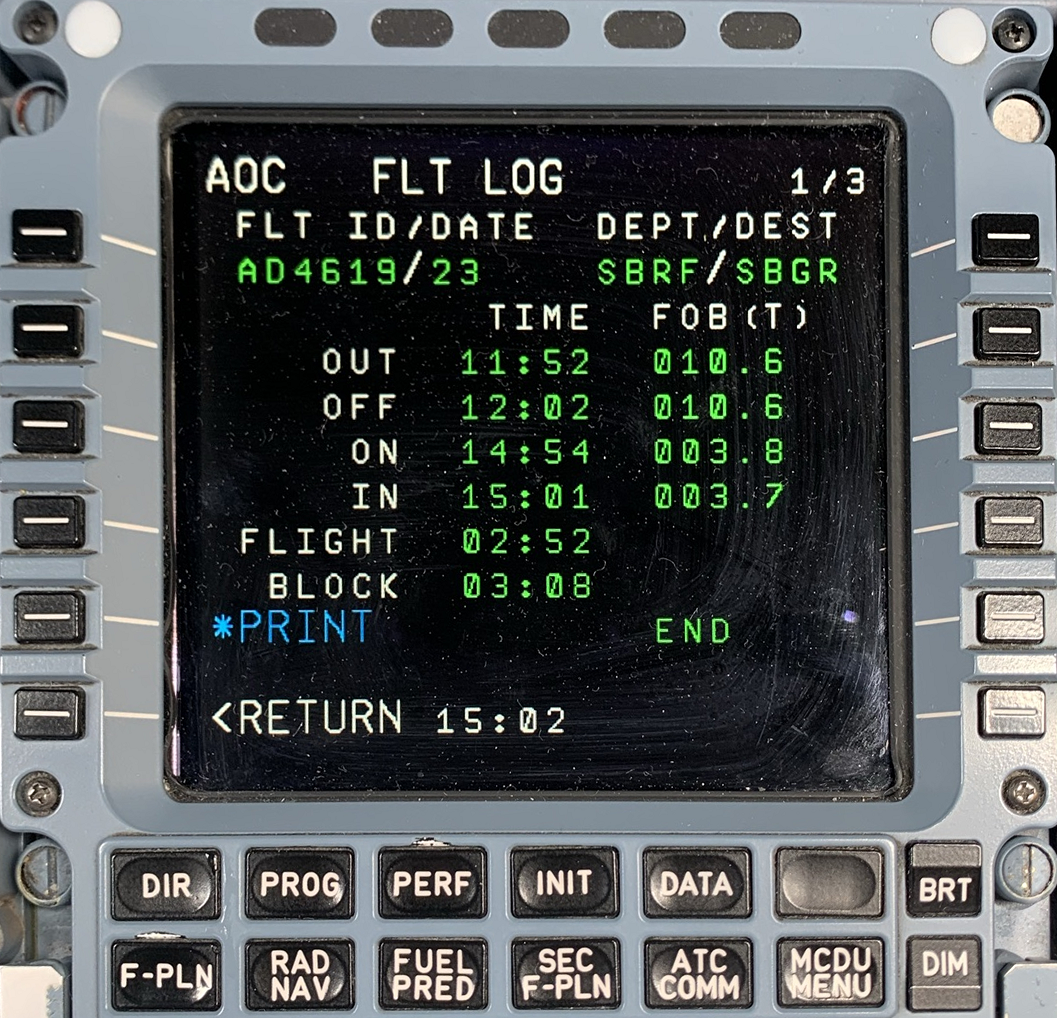 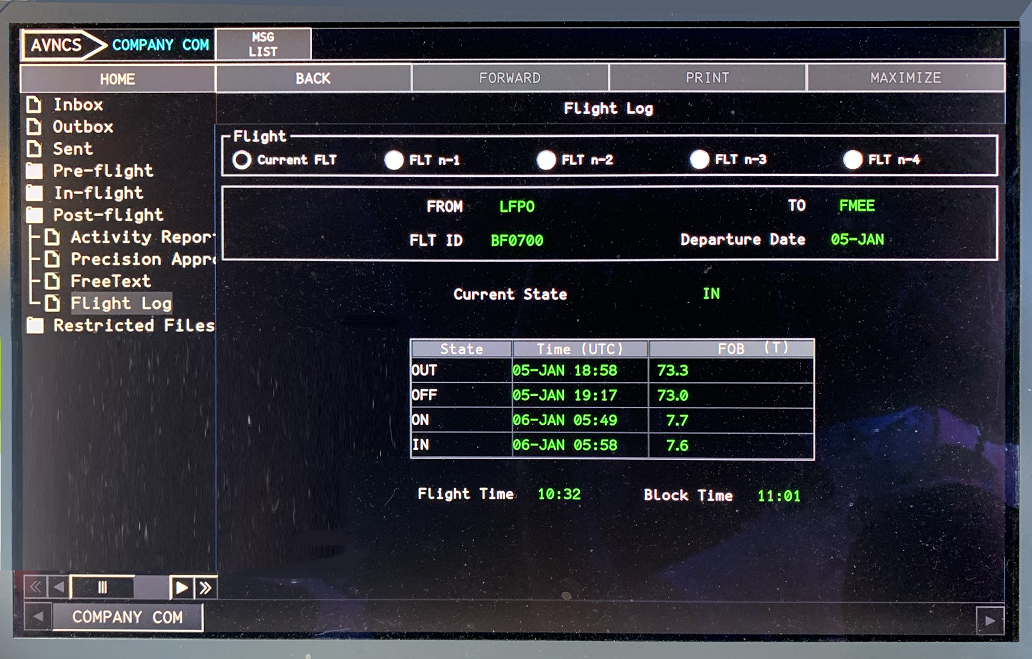 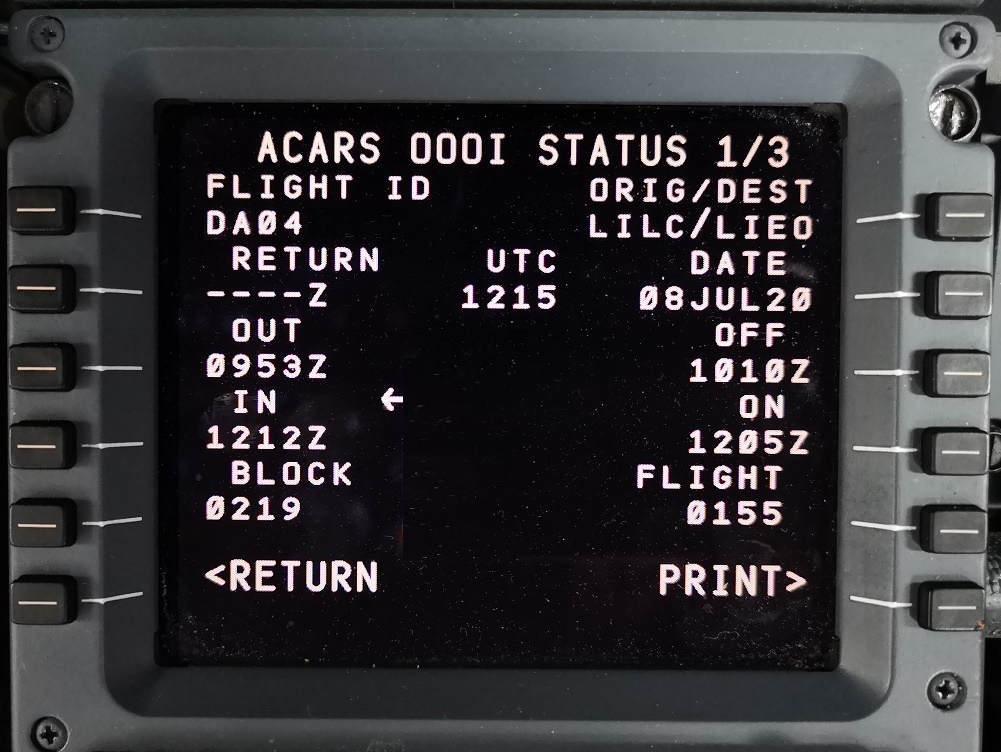 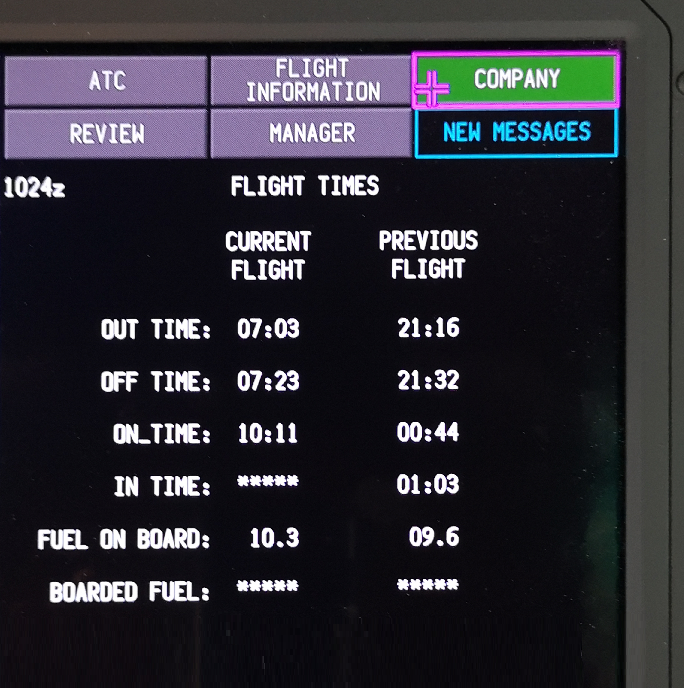 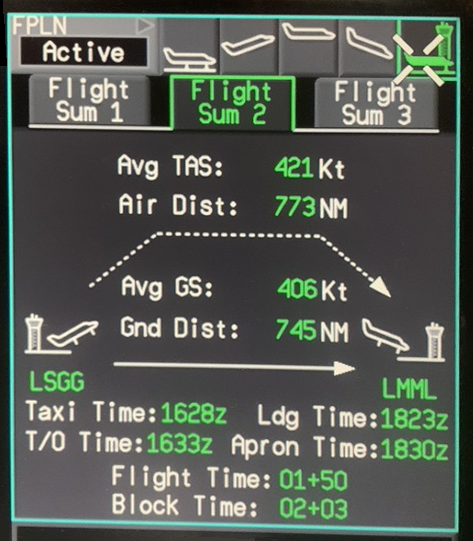 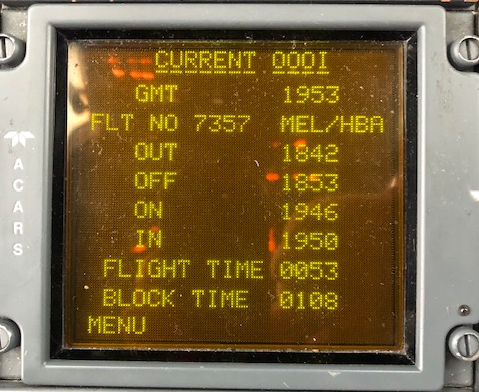 We have successfully implemented ACARS scanning in the iOS apps. Deployment in the Android app is delayed for the following reasons:

Reading text from an image requires an OCR (Optical Character Recognition) software engine. This OCR engine retrieves the text from the image. While most OCR engines are good at scanning text from screenshots and from paper prints, you need an extremely powerful OCR engine to read text from the ACARS display.  The resolution of the FMS screen is poor, the display is always dirty, and the photos often have a lot of direct or indirect sunlight reflection.

The iOS built-in OCR engine is very powerful. The software comes with the Operating System on the phone. The advantage of this is that you can scan and decode the image during the flight, without internet connection. Everything happens inside our software on the phone.

While Android phones have a good camera, we see that most phones have a basic OCR engine, which cannot read the ACARS properly. We found that only Google's OCR engine can deliver similar output results. But this engine is not available on all Android phones like Huawei, Samsung, etc. The solution would be that we upload the image from your phone to Google Cloud for OCR processing. This process requires internet access, it takes about 3 to 5 seconds to upload the image and to get an answer back, and the pilot is charged roaming costs when abroad. This explains why we haven't implemented ACARS on Android yet.

ACARS scanning is a nice gadget, but it can never deliver 100% success. We therefore prefer EFB integrations. If you use an EFB app in your company, please contact us to import flight data from your EFB.  Read more here:

Did you find it helpful? Yes No

Send feedback
Sorry we couldn't be helpful. Help us improve this article with your feedback.